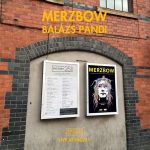 When Cold Spring Records brought together the talents of Sun Ra and Merzbow, the opportunity to design something distinctive was too great to pass up. Cold Spring’s Justin Mitchell negotiated rare and unreleased tracks from the Sun Ra archive which were then remixed and treated by Merzbow’s Masami Akita into five pieces that turn Ra’s sounds into […] 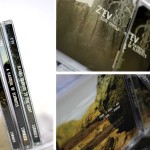 2015 saw the release of Eleven Mirrors to the Light, bringing to a conclusion what had evolved into a trilogy of releases by legendary percussionist Z’EV on Cold Spring Records. Writing the press release for Eleven Mirrors gave me cause to reflect on the previous two releases, and where the third sat in relation to […] 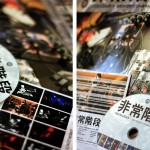 This survey of recent and not so recent work consists of several Cold Spring releases and begins with a picture disc and CD release from the legendary Hijokaidan. This was quite the honour and it was made all the better by being provided with some rather lovely gearshots to work with. These shots of wires […] 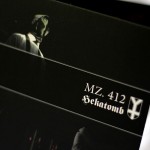 A brief survey of recent and not so recent work includes the double CD of Draconis by legendary purveyors of noise rock Skullflower, released on Cold Spring. The brief called for a look that recalled the heady days of occult publishing in the 1970s, so a double CD book-like digipack was designed using a blue […] 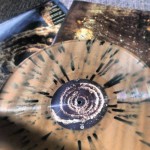 Some of our recent work has included Recoiled, a collection of remixes of Nine Inch Nails tracks by Coil on Cold Spring. Remixed from original multi-tracks and DATs  sent by Trent Reznor to Peter Christophersen and Danny Hyde, part of which was appeared in the soundtrack for the film Se7en. Featuring the treated photographs of Marius Andrei Dima, […] 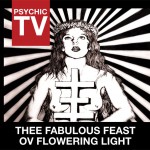 There have been a couple of recent releases on Cold Spring, with three live Psychic TV albums and the debut from Mesektet. The Psychic TV albums include shows from the Haçienda, the Marquee Club in London and at the Hammersmith Palais (with the release taking its name from that of the event, The Fabulous Feast ov Flowering […] 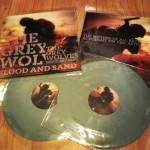 There have been a couple of recent releases on Cold Spring. For a vinyl and slipcase-CD reissue of Blood and Sand from The Grey Wolves, we took the original artwork from 2002 and remixed it, adding a strong typographic focus using Karbon Slab Stencil; a face that has a suggestion of military stencil but still with […]

We are very pleased to announce the release of Syzygie on Cold Spring Records by legendary drone duo Troum. Syzygie is a collection of rare / deleted tracks from compilations Vol. II (1999-2002). Everything recorded by Troum between November 1999 and May 2002 on analogue 8-track. 9 meticulously crafted tracks, carefully compiled by Troum and delicately […]