2015 saw the release of Eleven Mirrors to the Light, bringing to a conclusion what had evolved into a trilogy of releases by legendary percussionist Z’EV on Cold Spring Records. Writing the press release for Eleven Mirrors gave me cause to reflect on the previous two releases, and where the third sat in relation to it. “Z’EV completes an alchemical exploration of Concord and Dissonance that began with the cosmological equations of Sum Things and then clasped the elemental quintet of air, water, fire, earth and spirit in A Handful of Elements. Now, with Eleven Mirrors to the Light, Z’EV plays with the intersection of light and dark, catching waves of luminescence between prisms and mirrors that fragments particles into shimmering washes of sound. Z’EV’s trademark percussion transforms into glistening soundscapes and drones, one part subterranean and another subatomic.” That I found myself, for reasons I don’t entirely recall, writing a Cold Spring press release speaks to the unique nature and personally-intertwined journey of this trilogy. 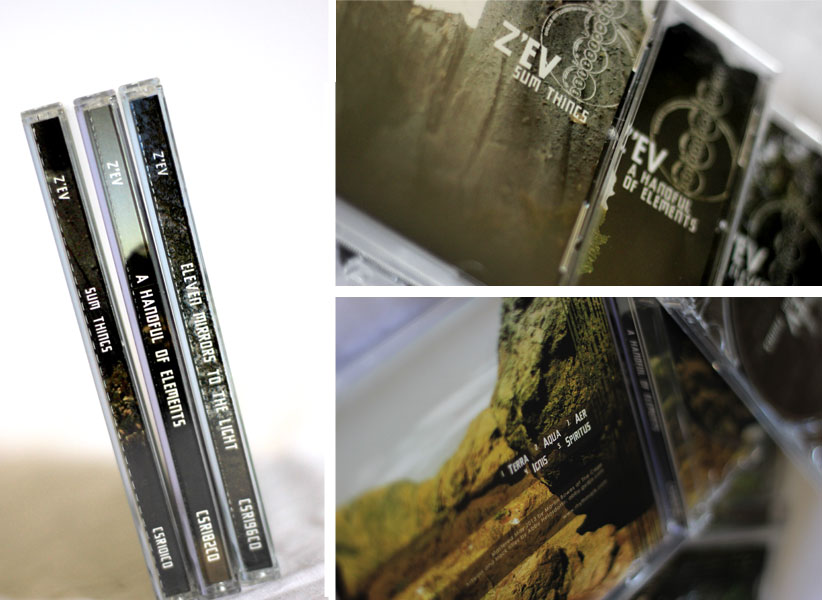 The brief for the first release of, what was then, an unforeseen trilogy arrived in the studio in 2009 with no titles for either the album or the tracks. There may have  been suggestions of an earthy theme but otherwise the brief was wide open. A trip out to the Putangirua Pinnacles (aka the Dimholt Road, Paths of the Dead) near Cape Palliser provided photographic material and this was combined with an hermetic diagram by Athanasius Kircher that would become a consistent element across the trilogy. A bare, blocky and, for no reason, slightly Soviet font was chosen, but without a title to work with, I inserted my usual witty placeholder of “Something.” A placeholder it did not remain for long as Z’EV ran with the idea, suggesting we change it to Sum Things and providing a list of mathematical equations as track titles, described as “A possible form for cold dark matter.” And thus began my illustrious career in the titles-for-releases-by-Z’EV game. 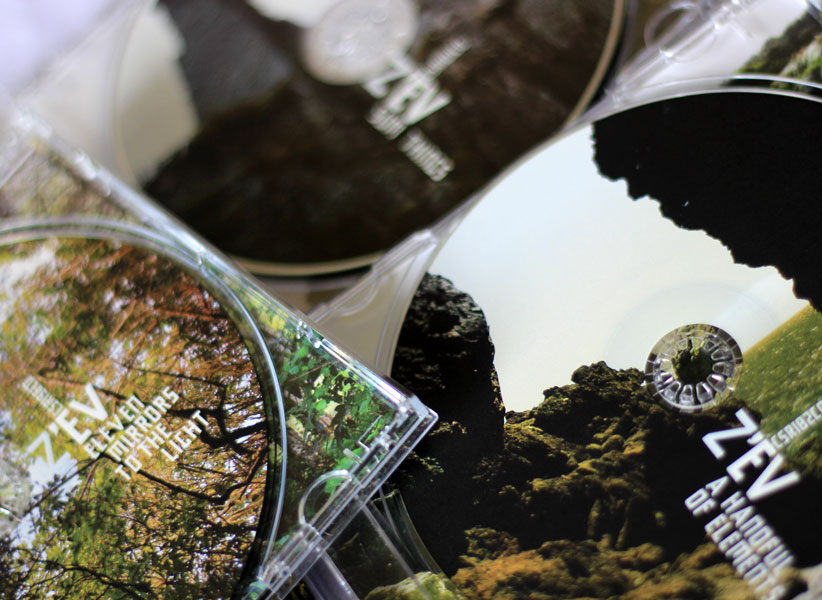 In 2013, a followup album was released bearing the title A Handful of Elements. This was not the original title as the initial brief was headed up A Handful of Darkness, and I toyed with concepts very literally reflecting the title (there were hands, there was darkness) before pursuing the geological route once more and using images of rocks, again from the Cape Palliser area. With the elements being more visible than the darkness, Z’EV proposed a change of title, and I, in turn, came up with the track titles, resorting to one of my old favourites, Latin. Z’EV’s decision was inspired because the image on the cover so perfectly encapsulates the terra and ignis in the volcanic rock, the aqua and aer that are framed by the rocks, and even a sense of spiritus in the shape formed in the negative space, descending into the area between the rocks like a flow of wairua. 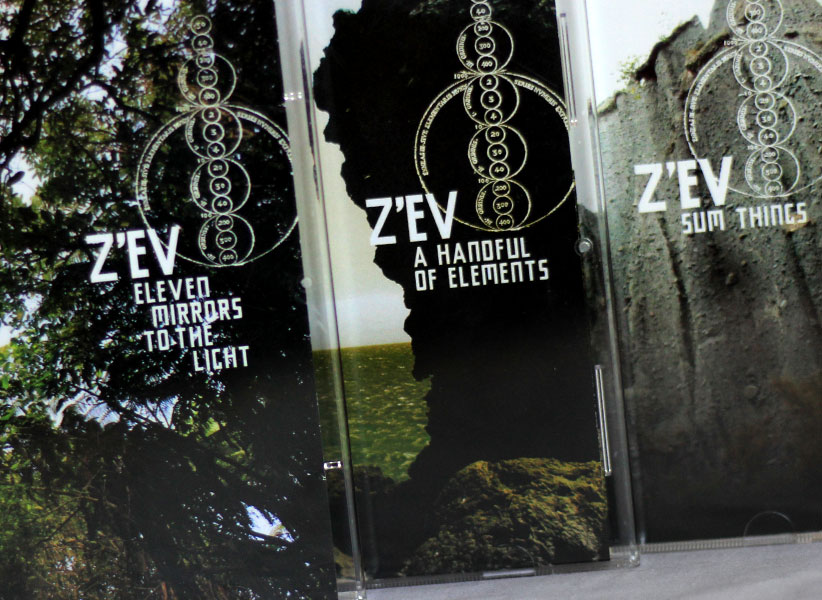 And finally, in 2015, we completed the trilogy with Eleven Mirrors to the Light. After dismissing every possible thing to do with eleven mirrors, the focus returned to nature and the way in which light is refracted and reflected through the canopy of trees. Once again, the choosing of track titles fell to me and I provided a list of the word ‘mirror’ in a variety of languages. Z’EV embraced the idea, but suggested we change half of the words to translations of ‘light,’ which we did. I was particularly pleased that we got a bit of reo in there with track 8, Marama (damn this font’s lack of macrons).